CAPTION: Lost in play, Stella has little awareness of the significance of the conversations that are going on around her. "If she weren't to be operated on, she wouldn't be able to communicate with other children", says her mother Armena. "It would be hard for her to be the same as them and be open with them. They might not play with her, and that would be hard". She adds, "I can't even imagine how it might be for her later in life. I just want to make sure she gets this surgery". LOCATION: Volgograd, Russia. INDIVIDUAL(S) PHOTOGRAPHED: Stella Aharonyan. 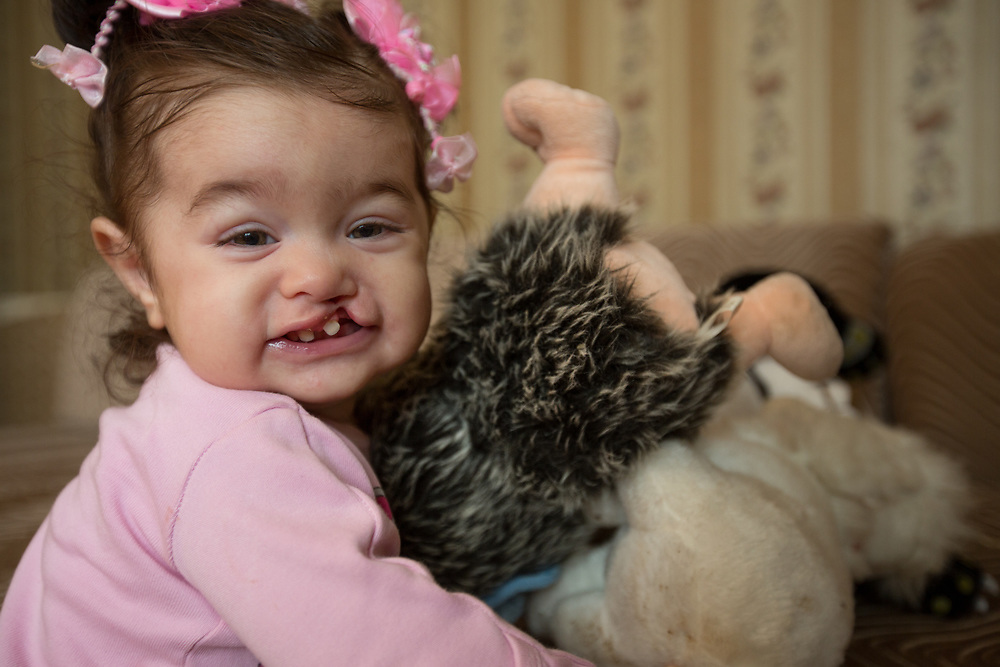