CAPTION: Maini works as a day labourer, making crackers at a nearby factory, while her husband works around the city as a motorcycle driver. As a result of climate change, she says they've experienced increasingly long and hot dry seasons, which have caused the water level to decline and health problems to increase. Since biopores have been installed at their home and throughout the wider community, however, they've seen a notable increase in the water level. LOCATION: Dwi Wijayanti's house, Jl. St. Badaruddin II No 56, Bandar Lampung, Indonesia. INDIVIDUAL(S) PHOTOGRAPHED: Maini Wijayanti and her grandson Nanang. 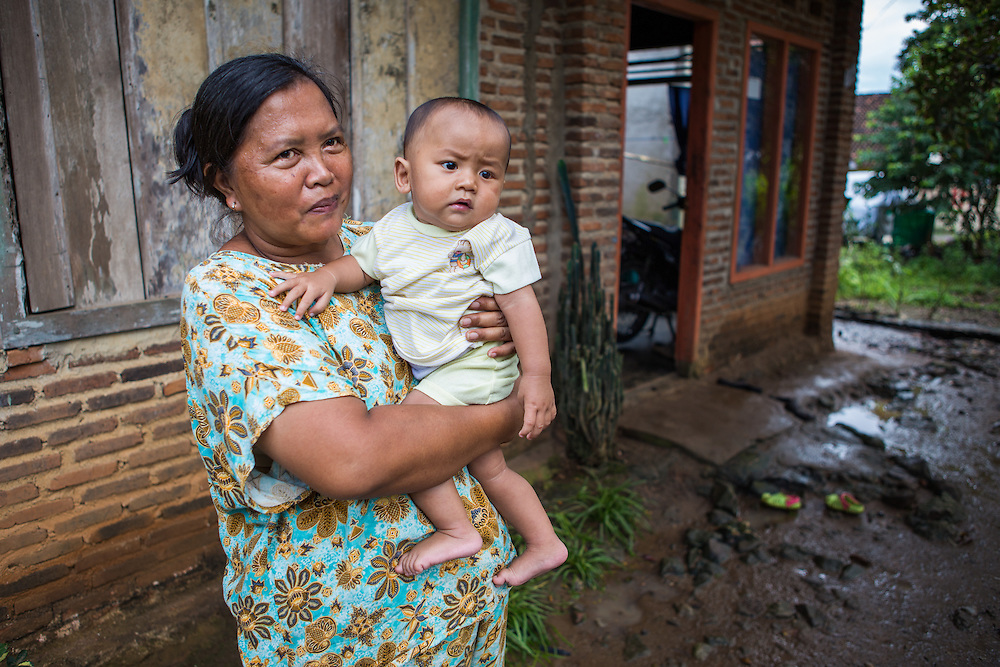