CAPTION: Ten students from Parang High school recently attended a climate change workshop that was run by the local government and facilitated by ACCCRN's implementing partners, ICLEI. Since attending the workshop, the students have become more active around their school, encouraging their peers to participate in climate change-related initiatives such as segregating organic waste for composting. Behind the composting heap is a rainwater harvesting system, which was installed by Marikina City Government. During heavy rain, water will be captured in these barrels and used for watering plants, flushing toilets and washing, reducing the school’s water bills and also its dependence on mains water. Rainwater harvesting has been identified by the local government as a good climate resilience building initiative, and it plans to replicate this across other schools in the city. LOCATION: Parang High School, Marikina City, Philippines. INDIVIDUAL(S) PHOTOGRAPHED: N/A. 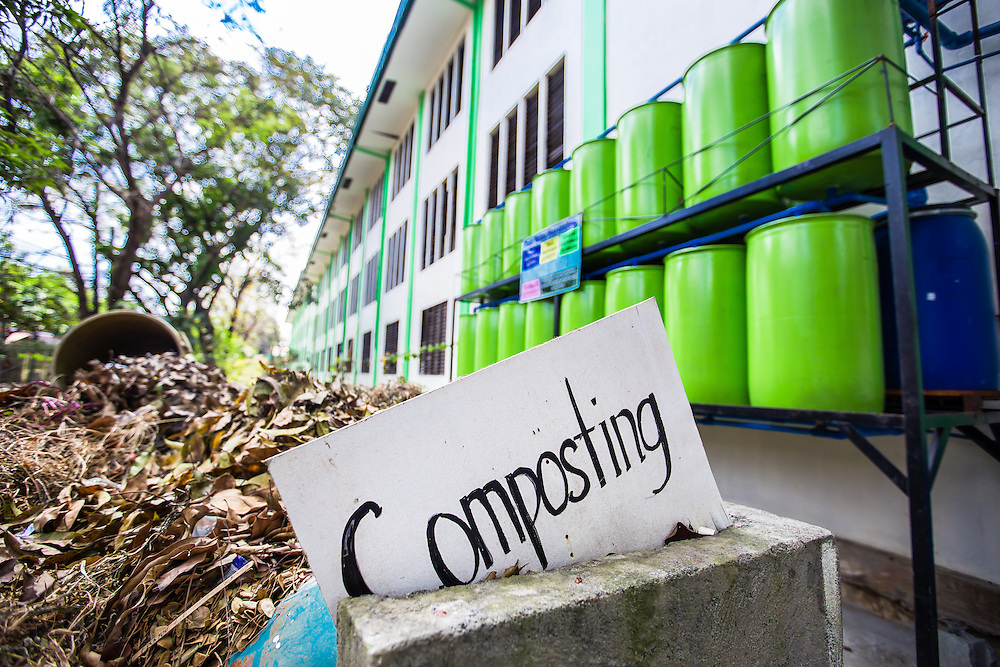